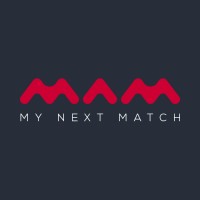 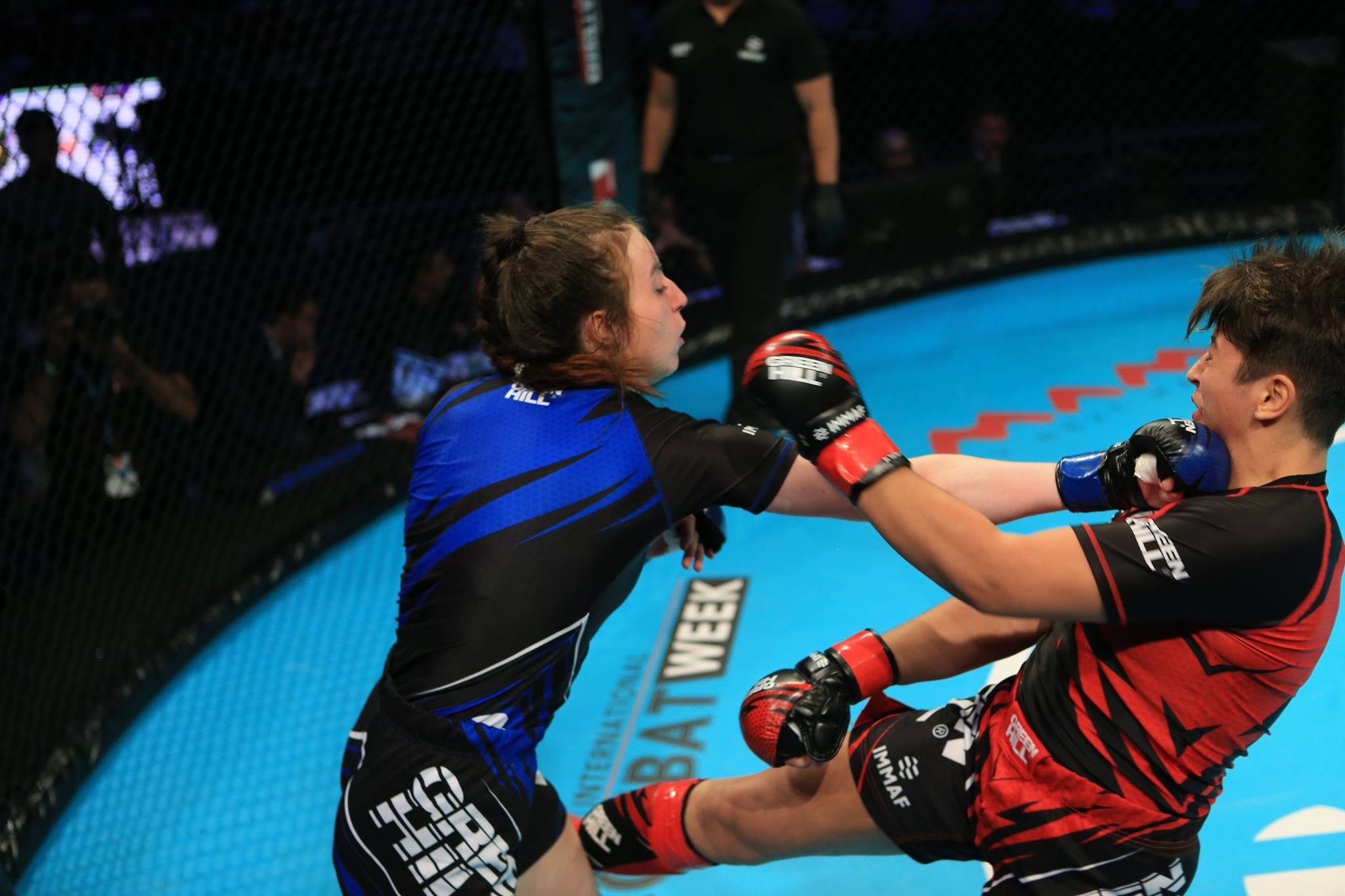 IMMAF World Championship silver medallist, Courtney McCrudden aims to use her Amateur MMA success to support and increase the representation of women at the grassroots level of mixed martial arts.

McCrudden, who turned 18-years-old prior to the 2017 IMMAF World Championships, is a student of Ulster Mixed Martial Arts Association Director, Danny Corr at ZKJ The Dojo.

Over the past few years, Corr has done an exceptional job to develop the grassroots in Northern Ireland and his restless work for progression recently resulted in a government-funded youth programme.

It’s projects like this one, in accordance with Northern Ireland Youth Forum (NIYF), which allows young athletes like McCrudden to nurture and develop their mentoring abilities.

“We have just started a new youth programme with NIYF where we are learning to become youth mentors for young people,” McCrudden told MyNextMatch. “From the experience of being in this sport from when I was five-years-old, I was always the only girl in a group of all boys and never had a female role model in my area to look up to, so I would really love to get young and older girls into the sport and become a mentor and a coach to them.”

Combat sports has been a way of life for McCrudden since she was five-years-old when she began training kickboxing and jiu-jitsu. She was later drawn to MMA in her teens by women’s MMA pioneer, Ronda Rousey, but spent the majority of her time developing in a sport majorly void of female representation.

Before the rise of Rousey, the UFC and President Dana White had a stern stance against women competing in the promotion. Her signing to the UFC in 2012, however, caused a domino effect which changed the course of women’s combat sports, forever.

More than half a decade later, the UFC now has women’s champions across four weight divisions, with just under 100 women on their active roster.

“Before [Ronda] became popular, I was in training because I literally love the sport and just can’t imagine my life without it. It's always been me, the only girl and the boys,” McCrudden said when explaining the lack of female representation at grassroots.

“I've never had a girl sparring partner or training partner so I’d really have to say that by being the only girl and the fact that none of the boys ever wanted to train with me or spar would really annoy me because they thought I was just a girl who couldn't who wasn't good enough to train with them.”

This growth at the zenith of MMA seems to have trickled down the development ladder as well, and an increase in the participation of women at IMMAF events between 2016 and 2017 – which grew from 32 to 40 at World Championships – is an equally promising statistic.

In November, McCrudden represented Northern Ireland at the 2017 IMMAF World Championships of Amateur MMA in Bahrain.

Treated like professional athletes by IMMAF and the Bahrain Mixed Martial Arts Federation, it was a surreal experience for her, made even more significant by the fact it served as her amateur MMA debut.

She wasn’t about to be overwhelmed by the situation, though. In the semi-finals, she met Austria’s Nicole Schnalzer, whom she defeated without absorbing an ounce of damage.

More impressively, with an official time of 10 seconds, it stands as one of the fastest victories in IMMAF history. This saw the Northern Irish starlet advance to the lightweight bracket finals, where she met Italian, Fabiana Giampà.

Unlike McCrudden, Giampà had not received a bye in the quarter-finals stage and instead had to fight twice before reaching the gold medal decider. En-route she scored decision wins over Lama Nassar (Lebanon) and Nagy Nora (Hungary).

“Even though it was a split decision, I knew I lost that fight halfway through the first round,” McCrudden told MyNextMatch when reflecting on the lightweight final contest.

“I don't know what happened I just didn't stick to the game plan, I couldn't make my shots flow it was just such an off day for me, I can’t even what the fight back because I get so angry and frustrated with myself because I really don't fight how I fought in that fight."

Essentially, Giampà was able to hold the centre of the cage and this restricted Courtney to smaller bursts of offense. After three rounds, the judges were split in their verdicts, but with two scoring the bout in favour of the Italian, Giampà was crowned the World amateur champion.

She added: “Fabiana is tough, she has a chin on her I remember catching her with spinning back fist straight to the chin, I was expecting that to drop her and when I turned around she was still marching forward.” 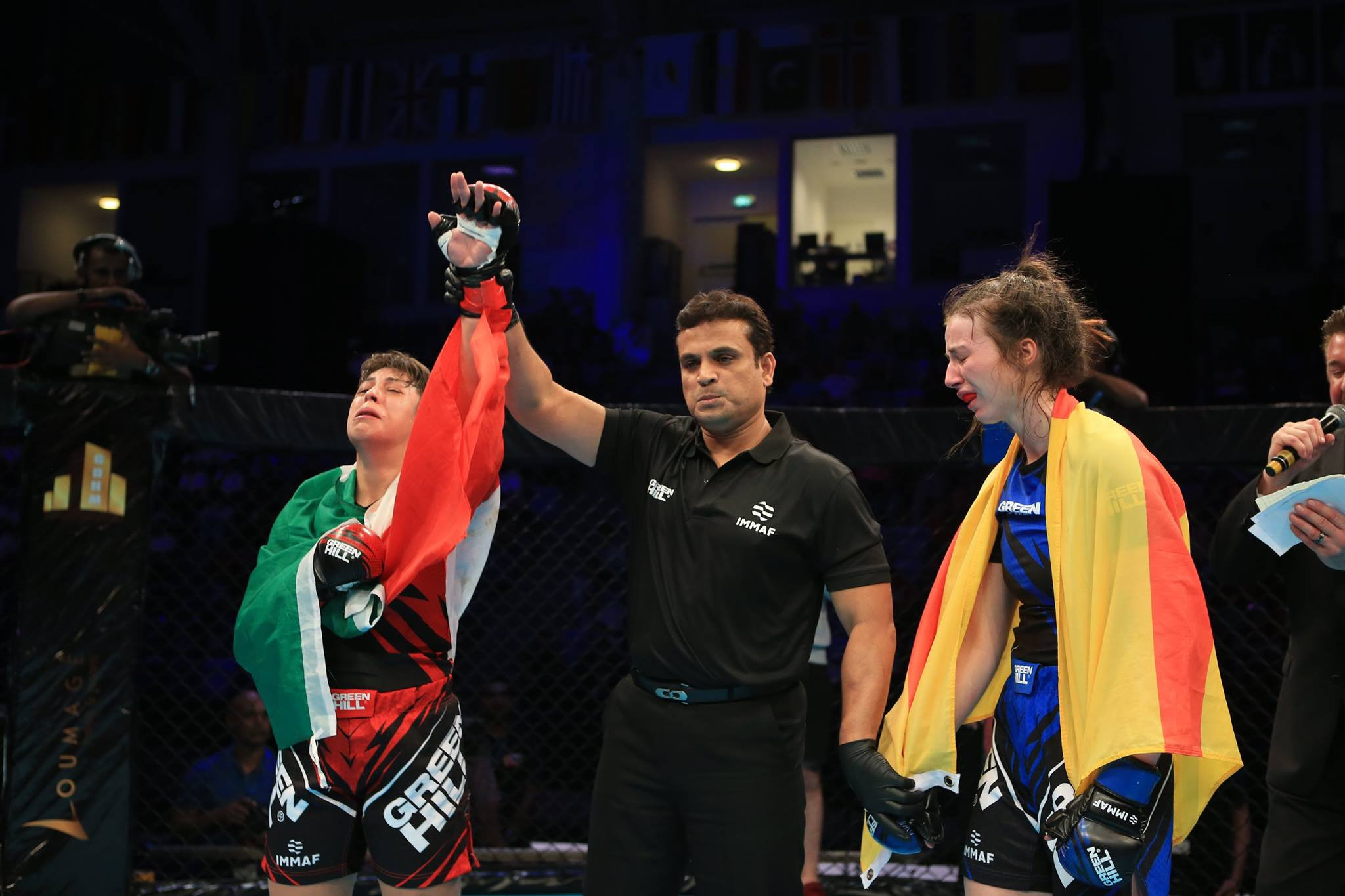 In the face of defeat, one of her biggest influences, Ulster head coach, Danny Corr, was instrumental in helping McCrudden maintain serenity after such a disheartening moment.

"’Stop crying’,” he said after the result was called, Courtney recollected.

“Danny told me how proud he was of me and that I've done amazing for being 18-years-old making my debut at the worlds and taking a silver medal home. He really is such a role model and like a father figure for everyone in the gym.

“I remember being on the podium, getting my medal and all I could hear was him from the crowd shouting ‘you better smile, don't you dare cry’. I am so glad to have experienced my debut and world championships with him in my corner.”

With her first championship experience now behind her, McCrudden has big aims for 2018, and with the introduction of the IMMAF U21 World and European Junior Championships, her scope for success is even greater this time around.

“Now having the U21 European and World Championships I feel like that’s perfect for me and I will definitely be competing in them,” she said. “I’m only 18-years-old and I feel like I’ve proven myself at senior level and I really believe that I’m capable of gold at both."

Confirmed by an IMMAF official, athletes who have competed in any World or Continental event are eligible for the Junior competitions, as long as they are under 21.

She finished: “I honestly just want to compete and develop as much as I can as the 2017 World Championships were definitely just the beginning for me.”